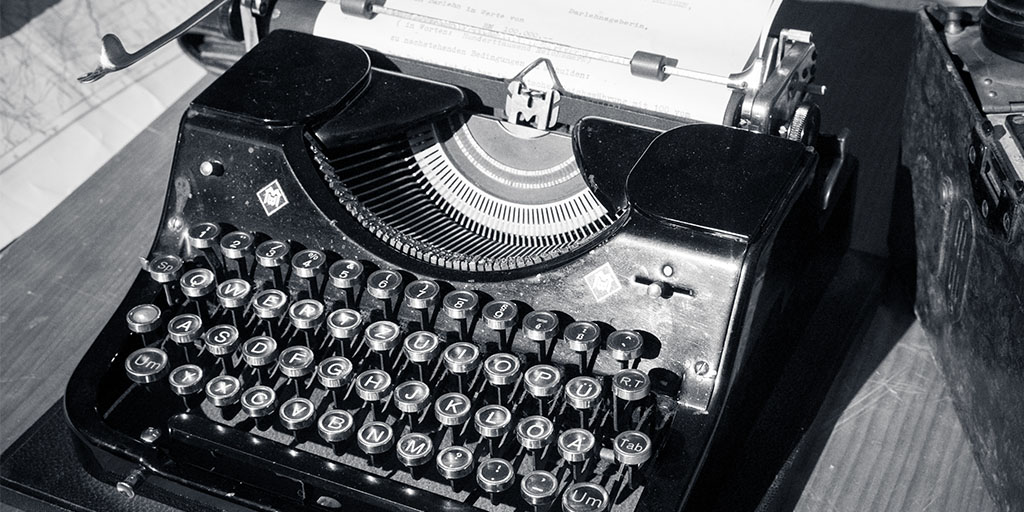 I reread Dorothy Sayers classic essay “Why Work?” last week.[1] Sayers made a compelling case that work should not be undertaken for the money it provides, but rather for the sake and enjoyment of the work itself. I find this idea personally appealing, but on reflection would like to take issue with Sayers on a couple of points.

Sayers (1893 – 1957), as you might know, was an English crime novelist, poet, and playwright, and was quite popular in the early 20th century. She is well known for her character Lord Peter Whimsy, a fictional amateur detective. She also wrote on the subject of theology.

The Value of Work in Itself

Regarding work, she lays out her primary argument as follows:

I have already, on a previous occasion, spoken at some length on the subject of Work and Vocation. What I urged then was a thoroughgoing revolution in our whole attitude to work. I asked that it should be looked upon, not as a necessary drudgery to be undergone for the purpose of making money, but as a way of life in which the nature of man should find its proper exercise and delight and so fulfill itself to the glory of God. That it should, in fact, be thought of as a creative activity undertaken for the love of the work itself; and that man, made in God’s image, should make things, as God makes them, for the sake of doing well a thing that is well worth doing.[2]

The first, stated quite briefly, is that work is not, primarily, a thing one does to live, but the thing one lives to do. It is, or it should be, the full expression of the worker’s[3] faculties, the thing in which he finds spiritual, mental and bodily satisfaction, and the medium in which he offers himself to God.[4]

She wrote this article during the Second World War and was concerned that after the war people would return to wasteful consumer spending as a way to keep the demand for labor high. She feared that, as a result, people would continue to see their labor primarily as a way to earn money and would neglect the value of the work itself. She went on to argue:

The habit of thinking about work as something one does to make money is so ingrained in us that we can scarcely imagine what a revolutionary change it would be to think about it instead in terms of the work done.[5]

The idea that we should work because we find it purposeful and fulfilling, and because it can be a full expression of our nature, is immensely appealing to many of us, and for good reason. And I certainly endorse the idea that moving in this direction can make our lives richer and more enjoyable, both for ourselves and for others. But Sayers also criticized those who work primarily because of the financial incentive, and here I think Sayers overlooked a critical point.

More Than One Motivation for Work

Many of us do the work we do primarily for the money we are paid, and in many cases that is the way it should be. Sayers saw work done for money as being motivated primarily by the pursuit of stylish non-necessities and false social status. And we can certainly point to examples of wasteful consumer spending that seem, at least from the outside, as having these characteristics.

But for many people, the money for which they work means things like a better life for their children, the ability to live in a less constricted home or a safer neighborhood, a more secure retirement, or an opportunity to pursue important personal goals. These goals can be at least as valid as working for the sake of the work itself and it would be wrong to characterize them as shallow consumerism.

Of course we each tend to be happier and more engaged if we can find some value and fulfillment in the work itself, but that does not mean we should demean the motivation of people who work for mostly different reasons.

Here again I need to disagree with Sayers. We should work with excellence, but to say that we should ignore the people who are using the products and services our work provides is to misunderstand the fundamental nature of most work. Work that creates value, whether for ourselves or for others, is usually highly collaborative. The collaboration can be between the people doing the work, but in most cases it is also between the people doing the work and their customers. This collaboration might be indirect and channeled through a complex system of intermediaries and marketplaces, but nevertheless much of the value of our work is created, or at least enhanced, by communication between producers and users. This can involve both the broad goals (make good table) and the details (a table of a particular size, shape, and style). This collaboration is facilitated by market feedback, in some cases during the work process itself.

There are exceptions — some novelists, playwrights, and poets, for example — where the worker’s mission is to bring forth their own unique vision while resisting outside influences; I would guess that Sayers’ work fell into this category to some extent, though I would also guess that in her writing she was mindful of how readers would understand and react to her words and that her words were tailored accordingly. In all likelihood, she thought carefully about when and how to introduce events and characters in light of the probable effect on her readers.

None of this means that the vision and insight of the person doing the work should be ignored. To the contrary, when we say that the value of the work is enhanced through collaboration, we mean that both parties, worker and user, bring themselves into the decision-making process and the value that is ultimately produced reflects the contributions of both.

In an ideal situation, and I emphasize the word ideal, our work can create value in three ways. First, the worker finds intrinsic value in the work itself, most likely because it reflects his or her intrinsic values and motivations. Second, the work provides objective value to the customer or end user; in other words,it meets the need or solves the problem for which the customer acquires it. And third (and certainly not least), the work meets the material needs of the worker and provides enough money to support them and their family’s requirements. In an ideal situation, our work provides value in all three ways, not just in the way prescribed by Sayers.

Sayers’ essay is well worth reading and provides a useful counter-argument to more cynical views of work. I personally find it inspiring. But we also have to be realistic about the various other factors that can provide value in our work lives.

[1]Dorothy Sayers, “Why Work?” in Letters to a Diminished Church: Passionate Arguments for the Relevance of Christian Doctrine(Nashville: Thomas Nelson, 2004), accessed through http://tnl.org/wp-content/uploads/Why-Work-Dorotthy-Sayers.pdf, 1.

[3]I believe that by “worker” Sayers is not referring to a member of an economic or social class but to someone who works. In any case, the latter is the way I understand and am using the term.