Recommended: The current issue (October, 2014) of Leadership Journal (subscription required) has an interview with Lou Huesmann, senior pastor at Grace Brethren Long Beach.  In it he talks about how his view of pastoral ministry has changed over the years, and...

END_OF_DOCUMENT_TOKEN_TO_BE_REPLACED 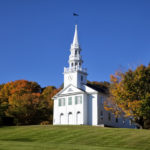 Baylor University sociologists Jerry Park, Jenna Rogers, Mitchell Neubert, and Kevin Dougherty released a new study looking at the role of congregations in encouraging healthy work attitudes. The study found that there tended to be higher ratings for affective organizational commitment and job satisfaction if the respondent’s congregation placed a higher value on work and the respondent had higher involvement with the congregation (as measured by attendance).  If either element was missing (less importance placed on work by the congregation or less frequent attendance) then there appeared to be no positive benefit.