Max De Pree and the Art of Leadership 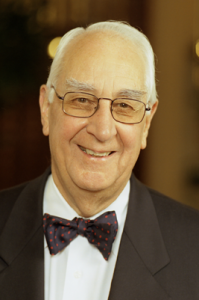 “The first responsibility of a leader is to define reality.  The last is to say thank you.  In between the two, the leader must become a servant and a debtor.  That sums up the progress of an artful leader.” (Max De Pree: Leadership Is an Art, Page 11)

As many readers probably know, Max  De Pree is the author of several highly regarded leadership books including Leadership Jazz: The Essential Elements of a Great Leader and Leadership Is an Art, and was the Chairman of Herman Miller, Inc., during an especially creative period for the company.  He is also the inspiration and namesake for Fuller Theological Seminary’s Max De Pree Center for Leadership, from which I retired as a member of the advisory board a few months ago.   I have recently been reflecting on De Pree’s  approach to leadership, and believe that there is much we can learn from him.

The Key to Leadership

For several years I knew that De Pree stood for a leadership style and philosophy that was very relational and concerned with employees’ well being; Robert Greenleaf’s Servant Leadership comes to mind.

It was not, however, until I saw a presentation by Walter Wright of the De Pree Center that I grasped the power of De Pree’s approach.  As represented by the above quote, I believe it can be summarized as follows:

2) The leader supports and empowers members of the organization as they work toward organizational goals.

3) The leader thanks them, acknowledging the value of their contribution and the fact that anything accomplished by the organization was the result of their work.

The key point, it seems to me, is to allow people to bring their full talent to their work and to thereby enjoy the status of co-creator.  People have a deep drive to create and to work with competence, effectiveness, and agency.  This drive, I believe, is closely tied to our identity as humans and to whatever fulfillment we are able to derive from our work.

At a church retreat several years ago, we watched a video of De Pree as he interacted on the shop floor with some of his employees.  It was obvious that he was encouraging people to bring their ideas and expertise into the discussion and to act on their own initiative.

Afterwards we broke into small groups for discussion.  I asked my group (mostly small business owners) to picture a conventional C.E.O. who talks about maximizing shareholder value and to compare this image with De Pree as portrayed in the video.  I then asked two questions:

1) For whom would you prefer to work?  The response was immediate and unanimous: Max De Pree.

2) Who do you think would be most likely to maximize shareholder value?  Again, unanimous (and enthusiastic): Max De Pree.

The reaction to the question about shareholder value was particularly interesting.  I think it acknowledges what many of us know intuitively — that people are more likely to be productive and engaged if they have a chance to apply more of their talents and insights to their work and to participate in creating and producing valued products and services.  Not all employees will respond positively to this opportunity, of course, but many will — and the ones who do so will drive the organization, its culture, and its production of value.