The Quest for the Sacred: The Story of King Herod and the Wise Men 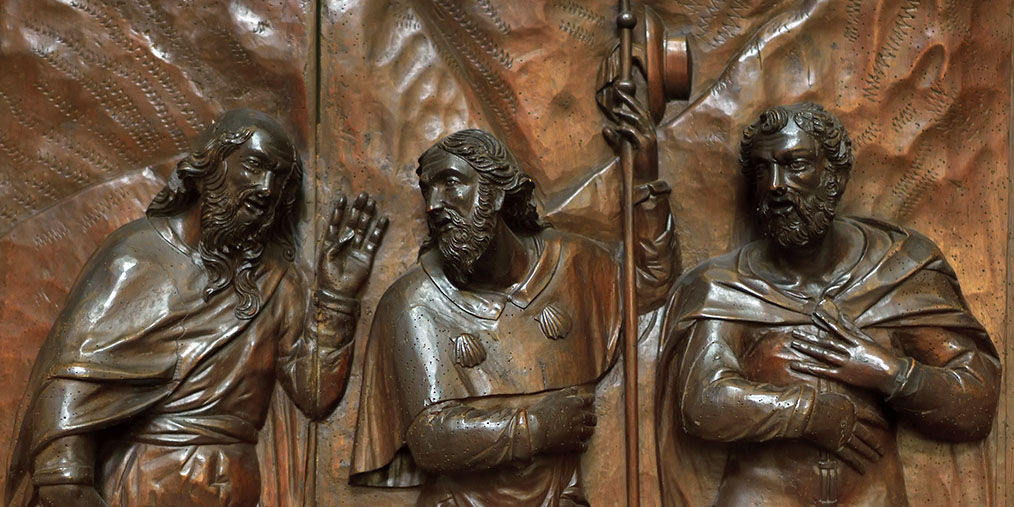 The story can be found in the New Testament, in the gospel according to Matthew, 2: 1-18.

Herod is clearly the villain in the story. He murders babies, he deceives, he personifies evil as he works in opposition to the good work of God.

But he also represents our natural human desire for stability and control – – a drive which is not necessarily evil in itself, until it is corrupted by someone like Herod.

The wise men, on the other hand, represent the quest for the sacred, a drive that, depending on the circumstances, can be in conflict with our desire for stability.

Of course when we hear this story, we quite properly want to be like the wise men and not like the villainous Herod. But we should remember that both drives can be corrupted and become evil. In the case of Herod, the drive for stability becomes a desire to maintain power and the status quo at all costs; his resulting fear leads to deceit and the murder of innocents. But the quest for the sacred can also be corrupted, even though this form of corruption does not appear in the story at hand. If we’re not careful, the love of the quest can lead us to forsake our responsibilities to our family and our friends.

Some might argue that each individual needs to make a choice between these two drives — between stability and the quest — but I see it differently; I think that both are necessary and contribute to human flourishing.

The drive for stability, in its uncorrupted form, is important to us. It provides the foundation for the coherence that helps us make sense of daily life. It enables us to make decisions regarding our work, our family, and other areas of our lives. Too much turmoil makes it almost impossible to make clear decisions and to build effectively for the future.

But the quest is important too. What I am calling the quest has to do with our search for the sacred, for transcendence, for meaning. We can think of the quest as the natural outgrowth of the intuitive human desire to connect with something deeper than ourselves – to experience a deeper sense of connection with God. It is as though over the course of our lives we are being drawn to God.

In its primal form the quest is not a well-planned, well executed journey to a known place, but rather a venturing out towards a vague destination that is shrouded in mystery.