Work Engagement and The Value of Workplace Spirituality 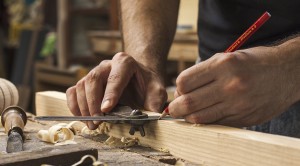 Work engagement — the degree to which we are engaged in our work — is an important issue. The level of engagement of employees and volunteers is critically important for the health of organizations. And from the perspective of the individual doing the work, whether employed or self employed, it would be difficult to find satisfaction and fulfillment in work with which we are not fully engaged.

One would think that seeing spiritual significance in our work would encourage us to be more fully engaged, but there has been relatively little actual research on this.  There has been some, however.

Psychologist Robert Emmons found in his study of personal strivings that strivings imbued with spiritual significance appear frequently in interviews and are considered especially important by those who mention them:

“Although the motivational triad of achievement, affiliation-intimacy, and power are well represented in strivings, they fail to capture what for many people are their most valued goals and concerns.  In particular, strivings pertaining to the transcendent realm of experience, most notably those making reference to God or some conception of the Divine, appeared with some degree of regularity in striving lists.”

Researchers in the psychology of religion sometimes refer to the “sanctification” of an activity or aspect of life (including strivings), meaning that the person sees it as spiritually significant.  Annette Mahoney and Kenneth Pargament of Bowling Green University found that “people are likely to invest more of themselves in the pursuit and care of those things that are sanctified than in the search for other ends.”  They are also more likely to find satisfaction and a sense of well-being from activities that they consider to be sanctified or have a spiritual connection.

Some people have been able to see the spiritual significance of their work, whether they speak of it as sanctified or use other terminology.  Does this lead to greater engagement?  Some research (with admittedly narrow samples) suggests the answer is yes.

Most recently (2014), a team of psychological researchers (Stephen Carroll, Joseph Stewart-Sicking, and Barbara Thompson) conducted a large scale study (n=827) among Catholic school employees to determine if there is a positive link between viewing work as sanctified and having positive work attitudes.  The results suggest that there is; people who were on the high end of the Sanctification of Work Scale, which means that they were inclined to see spiritual or religious value in their work, were also more likely to have higher job satisfaction and organizational commitment with lower turnover intention.  This seems to speak to engagement.

Similar results were found by earlier research (2008) conducted by Alan Walker, Megan Jones, Karl Wuensch, Aziz Shahnaz, and John Cope  with a smaller sample (n=103 ), using a network of volunteers (all full time employees in a variety of industries).  This study found that respondents “who sanctify their jobs are more satisfied, more committed to their organization, and at the same time less likely to leave.”

The authors of both workplace studies point out that more research needs to be done with broader samples to validate the conclusions. This is true, but as a practical matter there is already good reason to expect that recognizing spiritual significance in our work is likely to increase engagement, effectiveness, and satisfaction.  This has several important implications:

1. Individuals who are able to see their work as a calling, or to at least to find spiritual significance in it, are more likely to find a deeper sense of fulfillment in their work. (Related C.F.E. page)

2. There are benefits for organizations that allow employees the freedom to bring their faith and spirituality to work; employees are more likely to be committed and engaged, and to experience greater satisfaction in their work.  This does not mean, of course, that organizations should allow unwanted proselytizing or favoritism.

3. Churches and other religious entities could play a valuable role by helping their members think about their work and how it might connect with their faith and spirituality.  Church leaders could begin by acknowledging the value and importance of the daily work of the laity. (Related post)

There are possible downsides, especially if we assign to work or career a misplaced ultimacy or become too rigid in our expectations; to find spiritual meaning in our work is much different than saying that our work or its results is our ultimate value or purpose, or that God has ordained success.

That said, most of us would do well to expand our faith and our sense of spirituality to include our work, and at the same time to deepen our understanding of our work so that we can see its spiritual connections.

For related information, see the Center for Faith and Enterprise Work as a Calling page.

Emmons, Robert A., The Psychology of Ultimate Concerns: Motivation and Spirituality in Personality, The Guilford Press, New York (quote from p. 89).

Walker, Alan G., Jones, Shahnaz, and Cope, John G., “Sanctifying Work: Effects on Satisfaction, Commitment, and Intent to Leave”, in The International Journal for the Psychology of Religion, 18:2008, pp.132-145. (abstract)